Goldwyn Thandrayen is a Musician and Songwriter best known for his work in 2017 as the Lead Singer, Guitarist of Montreal’s Rock N’ Roll band Psychocide. He was born and raised on the Island of Mauritius, picked up guitar at the age of 16 and formed a band right out the gate, covering songs from Led Zeppelin, Iron Maiden, Guns N’ Roses, Sting & The Police, Deep Purple, Helloween and many more. Although these are quiet popular bands, in Mauritius, it wasn’t quiet the case. If anything Rock N’ Roll was pretty underground in 2005.
n the fall of 2017, Goldwyn gathered the trio once again, with exception of Jared Shonig, who would be replaced by Kenny Grohowski, and write “Avenue B.” “Avenue B” was recorded in Avatar Studios in New York City and Planet Studio in Montreal. The record not only consists of the former setup, piano, upright bass and drums, but it now also consists of Goldwyn Thandrayen’s guitar work. 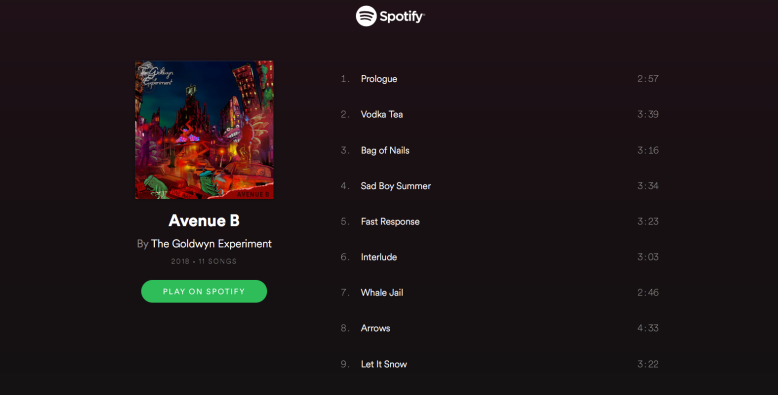