Since Firkin was founded by the crazy flutist PJ in 2008, the band has played over 500 concerts in 15 countries – CAN, FR, UK, CH, ES, NL, BE, DE, IT, AT, CZ, SK, RO, UA, HU. Within 8 years Firkin has become one of the best live bands and headliners of major festivals and prestigious venues.

2009 Their 1st album entitled Firkinful Of Beer (Universal Music) has become golden album within a year and the title song was listed on a compilation album of the world’s best folk bands. (Almost St. Patrick’s Day, Reedo Records, 2009, DE).

2011 With their song entitled Lord Of The Dance, Firkin ruled Celtic Radio Charts for 4 consecutive months in Canada and Germany that was followed up with a 5-stage Canadian tour and several headliner shows all across Europe. 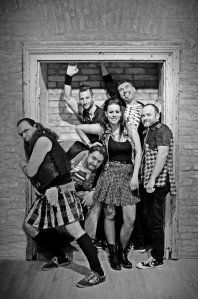 The band was honoured to play with Flogging Molly, one of the greatest band of the Celtic punk rock genre.

After winning Hungarian Grammy Awards (Fonogram 2016) ​with the album Finger In The Pie, Firkin was nominated ​for Independent Music Awards (​USA​) in the category of Rock/Hard Rock Album!​ 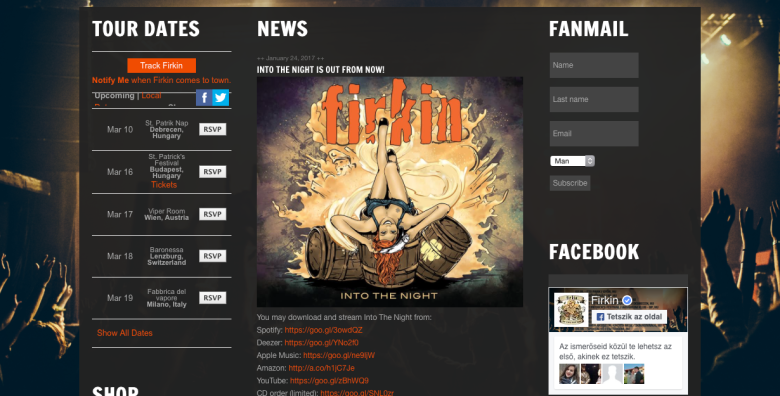