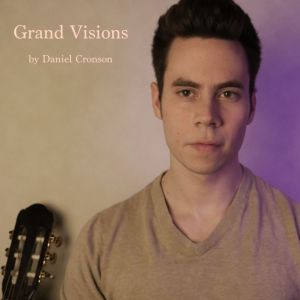 Daniel Cronson is a Chicago artist who blends blues guitar, soul elements and RnB rhythms into his own personal brand of Blue Eyed Soul. He has been independently releasing music since 2016, his first collection of self released music being “Say it Softly”. In 2018 he released his first studio album, Easy D. In 2019 his single “Grand Visions” featuring local artist Kehinde reached #10 on Chicago’s Top 40 BDS HitsYouLove. Daniel continues to build a reputation as an excellent performer and musician in the Chicago-land area. Daniel has had the pleasure of sharing the stage with great artists such as 3x Grammy Nominated Chicago Bluesman, Billy Branch, Ebony Taylor and more. Daniel continues to locally tour and release music independently.