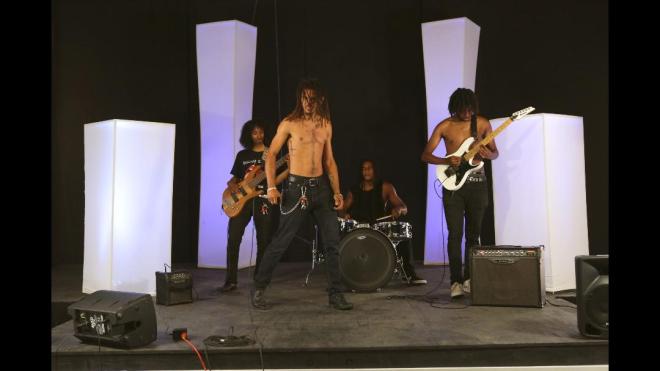 Posted on 11 Apr 2021 by musicrockchannel

Paradise Drive is too much, African American Rock Roll band with soul , the new sons of Rock & Roll , with a smash single and Video entitled “Too Much” written by Curly Staples , former member of PDR And Produced by Anthony ‘AW’ Williams W2W Entertainment Group

These young men are destined to be the biggest rock & roll band in the world In the near future, with their debut album P.D.R coming in July 2021 , it will be the rage in the world of Rock & Roll with the video reaching 1 million views on youtube, in two months it is a testimony that Paradise Drive is ready to grab that Number 1 spot in Rock and Roll

With songs like ‘ Too Much, Los Angeles, Wild Child , Machine Gun and Waiting’ to name a few from the album , awards & accolades like the Grammy’s , MTV Music awards, Billboard awards, and

American Music awards will be there’s for the taking.

We’re you influenced by old records
Some what , our parents playing oldies

Who are your favorite musicians
Prince , Lenny Kravitz, Areosmith

Do you perform in public
Yes we have done shows before

What made this kind of music good to you
It Rock and Roll, and the founders,
Chuck Berry, little Richard , Bo Diddley
Have them going crazy

Let talk about your music and last work
Our music is Rock and Roll with soul and our debut album P.D.R is the title

How do feel about the internet in music
It’s cool , but you don’t make a lot of money from streaming, but for promotion and social media it great

What are the plans for the future
To go on the road this summer, next to win some awards in this business, and become the biggest rock and roll band in the world