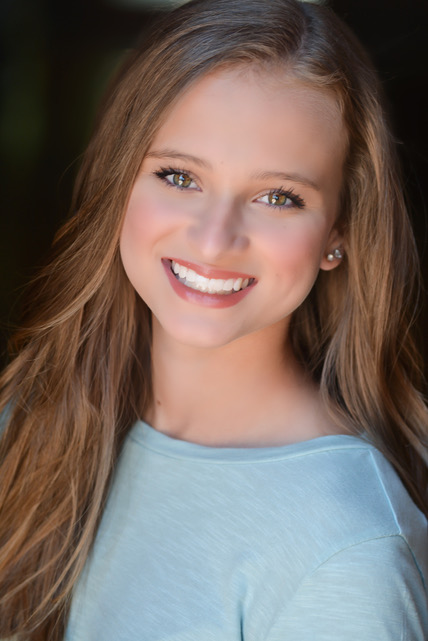 When and why did you start acting? I began doing theater in elementary school, but decided a year ago that my passion was film and TV so I pursued that passion full time since then. Which famous actors do you admire? Why?  I admire James McAvoy from the movie “Split” and “It: Chapter 2”  because of his ability to play completely different characters, even in the same production.   I also admire Sandra Oh from “Grey’s Anatomy” because she’s able to convey emotion so strongly that I am moved to feel pain/happiness along with her in her roles. Were you influenced actors ? if so which ones? McAvoy is such a strong actor. He was able to convince me he was several different people in his role in “Split.”  My dream role would be to play an actor that had multiple personalities like this. In my opinion, it would show the most talent and the ability to play a wide range of characters. Who do you do in your free time i.e for charity or community outreach?  I volunteer with our local animal rescue organizations and I foster new intakes, especially sick ones or ones too young to have been separated from their mom and need specialized care. Have you been in movies?  Which ones?  Most recently, “Justice Through Redemption” where I played the character of Elaine Wren.   I also have several short films that are post production, several TV/Web pilots and other projects in preproduction and in the works. Where can we find your work? Describe those occasions? Concerts, radio, TV, Movies. The best place to view the projects I’ve been involved in is my IMDb page: Imdb,me/AnnaStadler The short films I’ve been in and several of the Web/TV pilots are making the festival rounds now, along with a music video, but are planned to be streamed or available for rental on various platforms in the near future. What makes playing Elaine Wren in the motion picture Justice through Redemption “good” to you? Elaine Wren is an amazing character. She’s very “real” and I know most young women will find her very relatable. She’s strong and isn’t afraid to “call you out” when you need it, but she’s also caring, forgiving and supportive to her loved ones when they need it.  The greatest thing about playing Elaine Wren though is the experience of working with such an amazing writer, director cast/crew. A LOT of talent behind this project, and even more so a group of genuinely good people. Why did you choose to play a role in this type of movie?  I was originally interested because a good friend was already cast, and I knew it had to be a great project to have her support. After submitting for the role though, I wanted to be a part of it because of the positivity from W Lee Wray/Walt Diddy. He’s an amazing leader, very talented, but also humble and gracious. He’s the kind of guy that pushes you hard but he’s right there working hard along side you. I’m not sure anyone works harder than he does, actually.

Let’s Talk about your last big project in movies…  What the move and the role Last was “Justice Through Redemption”  see other notes above/below. How do you feel about the internet & social media in the movie business?  It’s had a huge impact on the industry. It makes auditioning much more accessible. One day I was auditioning for a role in GA, LA and NYC all from my home studio in the same day. Also, local film sites are a great way to find casting notices. I’ve book my last 3 commercials from social media postings.  The other impact is being able to use them as viewing platforms. Things like YouTube, Netflix and Amazon Prime allow projects that would not be seen in a movie theater still have the ability to be viewed by anyone. What are the plans for the future?  I am in discussion about being the lead in a series where I would play a person with multiple personalities. It sounds like a project that would be fun and challenging to play and be enjoyed by all ages. I also have a potential project that would be filming in Ireland. It would be amazing to film in such a beautiful location. How has your acting evolved since you first began being in movies? I began being cast as “the girl next door” and more supporting roles. I’ve worked really hard to break out of that typecast and have been cast lately in roles that show more of my “tough” side and also more lead characters. Could you briefly describe the movie-making process of Justice Through Redemption? Walt (writer, director, producer) originally started filming the movie back in 2018 and ran into issues and lost a good portion of the cast.  He worked hard and made sure every detail was taken care of before beginning to film it again in 2020.  The cast and crew were all extremely talented and hard working people, but what was most impressive to me was their character off screen. I was the youngest on set and they all took me under their wings when I got there.  We had so much fun filming and really became a family on set. If you look at us as a group we couldn’t be more diverse, in age, race, backgrounds, but we are all the same in all the ways that matter. Walt jokingly called himself “Unk Walt Diddy” to me in an email and I was like “I am SOOO calling you that from here on.”  Truth is though, I can see us all being friends many years after this movie is postproduction.  We’ve already pretty much begged Walt to write a sequel- we’ve even given him plots.