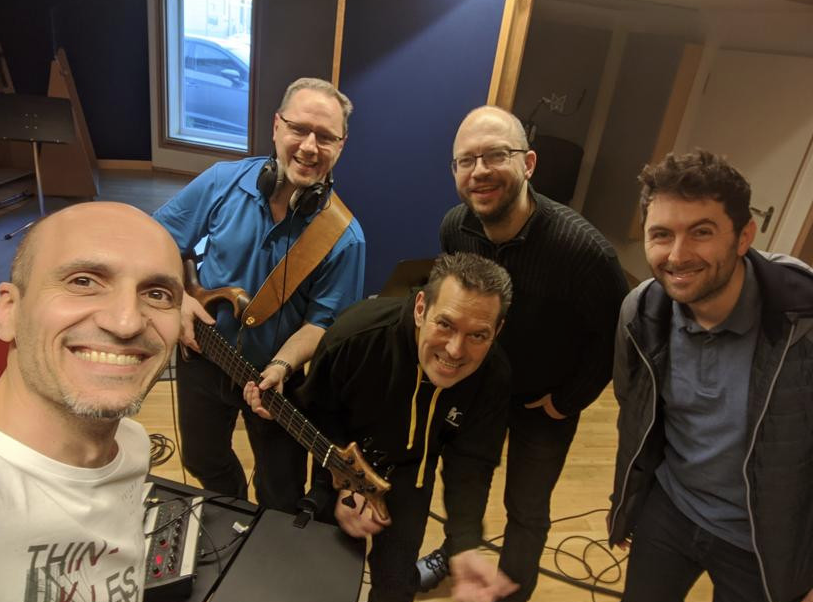 Lyric Video for the second release “ The Street “ of SOUTHDOGROCK. The social critical lyrics describe the situation of homeless youth in rich countries like ours. With this video we want to draw attention to this , often under-noticed topic. This song is for all those who live on the dark side of the street. On the fringes of society, it’s hard to manage living. But even in the darkest night there is a light at the end https://site.spinnup.com/southdogrock SOUTHDOGROCK The southern region of Germany, close to the Swiss and French border, is home to Florian Döppert (vocals, lyrics, sax, blues harp, keyboard). With his first solo project SOUTHDOGROCK a long-held wish comes true: Creating songs based on own lyrics and musical ideas together with a professional producer. Florian found a very competent partner for this project: Frank Schultz, owner of PRO TON MUSIC. http://www.protonmusic.de/ The participating musicians and singers waive their fees and support the project with their skills. Without this voluntary support, the quality of the pieces of music would not be possible. Thanks to all friends and supporters of SOUTHDOGROCK. Many songs are still waiting to be produced . After the first creation “Ride with me” is now the next song “ The Street “ soon ready to be released. SOUTHDOGROCK is a non-profit experiment that tries to use the available resources to produce outstanding songs. Fifty percent of each sponsorship, from our fundraising campaign, will be spent to cover the production costs of the next song. The other fifty percent will be donated to the OFFROADKIDS FOUNDATION, which aim is to create prospects for street children and young homeless people in Germany:.https://offroadkids.de/ Feel free to support our project on GofundMe: https://www.gofundme.com/f/southdogrock-new-song-production MUSICIANS Florian Döppert – lead vocals and saxophones Dominik Göpf – rhythm and lead guitar Salva Balbo – acoustic and lead guitar Rolf Goerke – bass guitar Frank Schultz – keyboards and programming Andrea Döppert – background vocals Ute Brätschkus – background vocals Jürgen Brätschkus – background vocals Jürg Weber – background vocals Produced, arranged, recorded and mastered at PRO TON MUSIC, Neuenburg by Frank Schultz Music by Florian Döppert & Frank Schultz Lyrics by Florian Döppert / SOUTHDOGROCK